GemGeneva: gems and jewellery invite themselves to watch auctions

GemGeneva: gems and jewellery invite themselves to watch auctions

{French version of this article delivered to Watchonista.com}

Suddenly, the jewellers come out of the shadows. Geneva, the world hub of watchmaking auctions, is breaking with its legendary discretion in the jewellery tradition. GemGenève opens its doors at Palexpo!

By Joël A. Grandjean, Editor in Chief (TàG Press +41)
Read it in french on Watchonista.com The City of Calvin is reconnecting with a hidden side of its prestigious past. The Gospel says, "All things are lawful, but not all things are profitable, but not all things edify."! The reformer monk, Jean Calvin, certainly had this verse from the Corinthians in mind when he decreed in 1541 the banishment from Geneva of the outward signs of wealth. They were now considered superfluous. Above all, they embodied the clergy of the time whose ex-monk, become an heretic, was hounding the outrageous wealth. Jewellers and goldsmiths offered their knowledge and talents to watchmaking, for those who remained in this city that had become austere.

Discreetly worldwide, the Geneva jewellery industry
Almost 500 years after the birth of Protestantism, which erected austerity as a landmark, in reaction to the uninhibited luxuries of the very rich Catholic church, watchmaking seems to be the great winner in History. One could even say that a certain aesthetics synonymous with universal good taste was born from this philosophy that prefers low profiles to ostentatious demonstrations. However, jewellery in Geneva, although it has developed discreetly, nevertheless remains predominant on a world scale. 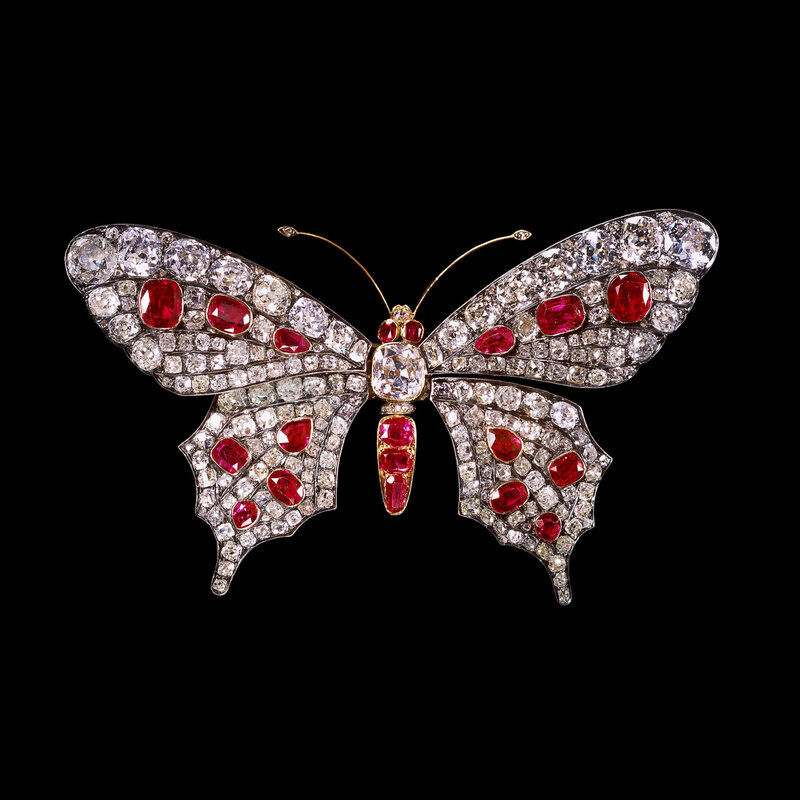 It was only after a spectacular series of break-ins and violent robberies in Geneva in 2016 and 2017 that a little-known reality emerged: Geneva is indeed Switzerland's diamond stronghold. And this position is explained by the fact that high-end watchmaking is a large consumer of precious stones. To this reality, which contributes to the prosperity of some fifteen players directly linked to watchmaking, is added the trade, the business of these famous "merchants" who, from generation to generation and already before the birth of specialised watch auctions, fed both the watchmaking and jewellery market. Even today, their heirs, these great auction houses such as Christie's or Sotheby's, regularly offer to the world topicality some buzz linked to memorable achievements. For example the sale in 2015 of the famous Blue Moon Diamond.

After Basel, diamonds are Geneva's best friends
Although Switzerland is far behind Antwerp, the diamond capital of the world, where 85% of the world's rough stones pass through, the Baselworld trade fair used to be a major centre of this business, gathering a large number of players in the sector. However, whether they are Indians, Israelis, Belgians, New Yorkers or Swiss, these exhibitors have also joined the disgruntled wave of Basel.

From then on, the idea of an exhibition in Geneva was obvious. Two highly respected personalities from this secret universe have joined forces: Thomas Faerber and Ronny Totah. They embarked on a world tour not for their personal business but to spread the good word of this new salon called GemGeneva. In the end, more than a hundred exhibitors, including those disappointed with Basel, transferred their expectations and hopes to Geneva. In the middle May, during the watchmaking auction period, Geneva welcomes the main buyers, collectors, merchants and curators from all over the world, sellers, experts and enthusiasts. A sum of audiences totally in tune with the exhibitors gathered at Palexpo.

Now, with the SIHH in January and the EPHJ in June (annual high-precision trade show bringing together more than 850 players, including 700 companies working for the watchmaking industry), Geneva is dethroning Basel to become without a doubt the world watchmaking centre